Halloween is here, and the weather is frightfully cold, so if you opt to spend the evening in, here’s a list of frightening flicks to get in the spirit -– all filmed right here in Texas.  From campy to gory, grab some popcorn and settle in on the couch for these spine-tingling horror movies.  And let us know if you recognize any of the locations in the films! 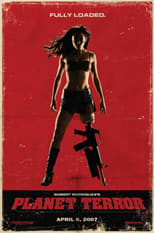 A classic in the horror movie genre, the original The Texas Chainsaw Massacre was directed by Austin-born filmmaker Tobe Hooper.  The movie follows a group of friends who fall victim to a family of serial killers on their way to visit an old homestead.  While there was some hype that the film was based on a true story, it is (thankfully) fictional.  The film does, however, take some plot details from real-life murderer Ed Gein.  According to a 2003 article in the Austin Chronicle, the movie was filmed in an early 1900s farmhouse located on Quick Hill Road near Round Rock, Texas, now the La Frontera development.  Several additional Chainsaw Massacre films ensued, including a 2003 version starring Matthew McConaughey and Renee Zellweger.  Yep…

Fronted by Peter Fonda and Warren Oates, the film is an intense mix of car chases, action, and horror all rolled into one.  It follows two vacationing couples terrorized by a satanic cult and end up running for their lives across Texas.  Race with the Devil was shot on location in Bandera, Castroville, Leakey, San Antonio, and Tarpley, Texas.

Part of the Grindhouse double-feature with Quentin Tarantino, this film was written, directed, produced and musically composed by native Texan Robert Rodriguez.  The movie chronicles the efforts of a group of survivors battling a planet of zombie-like creatures.  You’ll recognize Bruce Willis, Rose McGowan, Freddy Rodriguez, Josh Brolin and others in this campy zombie movie that was filmed in Austin, Luling, and the Williamson County Jail.   It made Rolling Stone’s list of top 10 zombie movies.

Filmed in Bastrop, this movie follows a group of friends that go camping for a weekend in the Texas Big Thicket. An urban legend comes to life when these friends find that their casual camping fun is being stalked by Bigfoot, who is seeking a murderous revenge for the death of its child.

The famous Joel and Ethan Cohen, who directed “O Brother Where Art Thou” and “The Big Lebowski” filmed this crime thriller in Hutto and Pflugerville, Texas. In this movie, a jealous husband hires a private investigator to kill his unfaithful wife and her new man. But once blood is involved, nothing is simple. 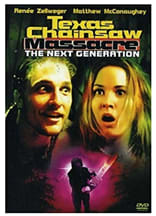 Cheers from your ghoul Marquette and your boo Paul

(otherwise known as your friends at Homesville Realty Group

Want to know more about Austin living?  These reads are for you.

Your Austin holiday gift guide for 2022

Skip the big box stores this season and support Austin businesses and their employees by shopping at these local stores this holiday season 2022.

Fun facts you may not know about Austin

As the capital of Texas, Austin has earned a reputation for keeping it weird. And yes, we are also the live music capital of the world. But our beloved city may still surprise you with some of its fascinating facts.

Lights, camera, and action in Austin! Settle in for some trivia about movies filmed here, film locations you can visit first hand, and celebrity residents. We've got movie mania.