2017 was a good year for Brentwood & Crestview

This has been a big real estate year for the Crestview and Brentwood neighborhoods.

And while price increases aren’t new for Central Austin, it's the nature of the home sales we find most interesting.  Below we’ve analyzed the size, characteristics, and volume of the home sales in the Brentwood and Crestview neighborhoods.  (For our purposes, we looked at the real estate activity north of Koenig Lane between Burnet Road and Lamar, west of the Railroad tracks and south of Anderson Lane.)  Here are the patterns we see:

Homes sold in Brentwood and Crestview averaged 2591 square feet and sold for $330 a foot. While larger homes usually sell for less per square foot, that didn’t hold true this past year.  The largest home sold was large -- over 3241 square feet -- and it sold for $382 a foot.

Given that so many of the high-end home sales in the area are new construction, it is useful understand what “lot value” is in the area.  To determine land value in Central Austin we look at the price of the least expensive home sales.  Theoretically these lower priced homes are tear downs.  In the last year there was only one home in the identified area that sold for less than $350,000.  Similarly, fixer uppers seem to range between $350,00 - $400,000. Based on that, we estimate that the average lot value in Brentwood and Crestview is around $375,000.

How competitive was the market?

It was a very competitive market for homes in Crestview and/ Brentwood with 8 reported homes selling before they actually ever made it to market.  Nearly half (71 homes) sold within the first week on the market.  Those are stellar results.

From a brief look at list price to sales price ratios as it relates to days on market, sellers appear to do best leaving their home on market for 3-4 days.

The home that sold for the most over the asking list price was on Payne.  They asked $449,900 and got a whopping $542,500. That’s more than 20% over list. Yikes! The next runner up got almost 15% over list price. Most folks, however, ended up getting 3-5% over the asking price when in multiple offer situations, but there was a lot of variance.

On the other end of the spectrum, the home with the lowest list price to sales price ratio was on Pasadena.  In this case they only got 89% of what they asked.  Oddly, this home was only on the market for 3 days.

While price per foot is not always the best method for measuring home values, we saw a large swing in price per foot costs here.   On average homes sold for $327 per square foot, but the range extended from $190 all the way up to $500. As it turns out – not all feet are alike!

With the increase in land value, we also see an increase in the number of A/B style duplex units sold.  In Brentwood and Crestview these are usually 3 bedroom, 2 bathroom units with 1325 square feet.  The average sales price for one of these A/B units is $435,129, and it takes around 40 days to sell these properties.  That said, one sold for as much as $799,000 and another sold for as little as $258,000.  Time will tell us how their value appreciates compared to the single family homes in the area.

Just look at the jump in the number of A/B sales over the last five years:

We are very optimistic about the future of the Brentwood and Crestview neighborhoods.   Over the next year we expect that Brentwood and Crestview will not only keep up with Austin’s growth, but will likely even beat it by a percent or two.  However…  There is a cycle to real estate.  We’ve seen several years of continued growth, and as expected, we are starting to see some signs of slowing.

Folks in the real estate industry are calling it “normalization,” but in reality we expect Austin real estate to see a significant shift. Be prepared to go from 6-8% growth to 3-4%. Sure, that’s still great, but it’s going to feel the same way it does when you are doing 80 MPH on the highway then hit a 55 MPH zone. To get through it successfully will require strategic planning, tried and true methods of home preparation, intelligent marketing, and proven negotiation tactics.

We live and work close by.  We’d love to grab a coffee with you.  We can discuss the perils of cast iron plumbing, additions with foundation issues, or just shoot the breeze.  Either way, we’re looking forward to it. You can access our calendar and schedule a consult now. 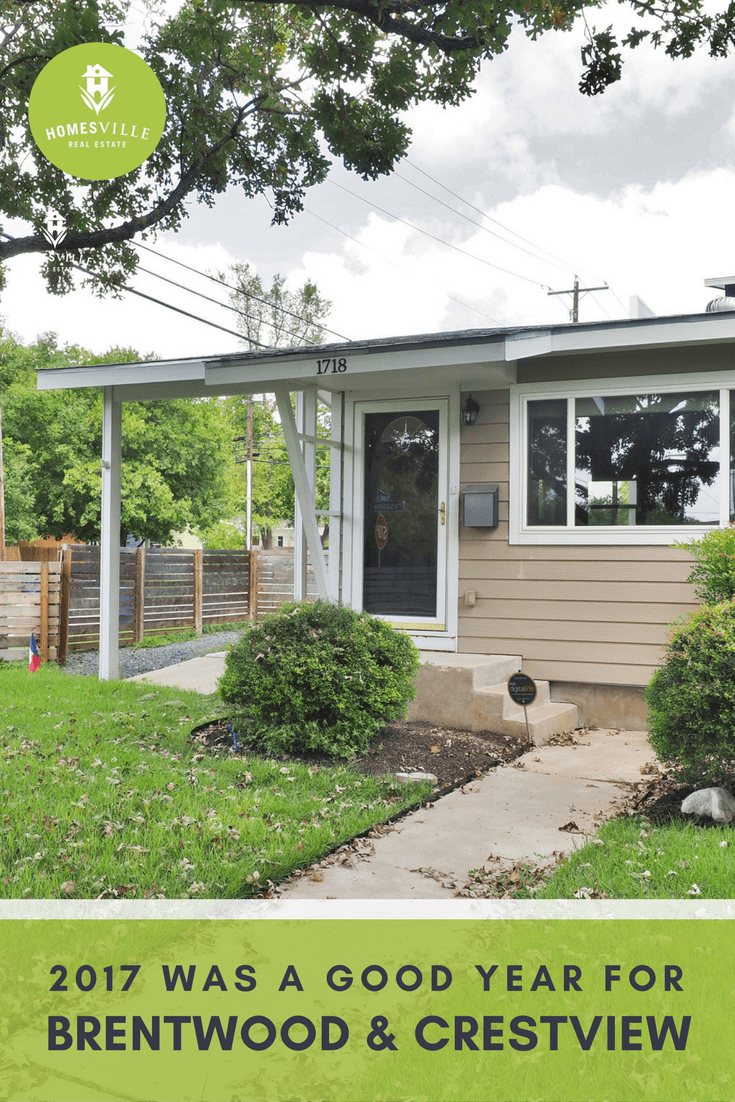 In an ideal world, your Central Austin home will sell quickly and for top dollar.  Here ar...

Selling your home in the spring?  Here's a checklist of what to do this winter to get ...